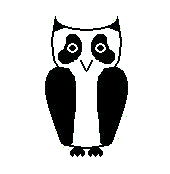 The Story of the Never-Ending Blanket

Back in October of 2011, I promised my friend I would make him a knitted blanket for his living room. We went to A.C. Moore and found some soft, acrylic-wool blend yarn that worked well with his room's color scheme. I found a simple blanket pattern that would create a checkerboard motif. Off I went, fully intending on getting the blanket done in time for his birthday in December. It's now July of 2012 and I am finally close to finishing! Granted, I've only been working on it sporatically, but I contend that blankets take forever to complete for a couple of reasons.

First, it's easy to fall into the "it could be bigger" trap. Like the guy who is obsessed with finding the absolute largest TV that will still fit into his home media center, I found myself justifying knitting a few inches more. I thought if it was just a few inches longer, my friend could use it as a cover if he falls asleep on the couch. As it stands, the blanket is probably big enough for him and his 2 huskies to huddle under with room to spare!

Second, since blankets are such large projects, when you make a mistake, unraveling and correcting it becomes a herculean task. Try unraveling a few rows of 107 stitches. It's enough to make one pull their hair out and quit. Many a night (including one disasterous incident when I was SO CLOSE to being finished and I dropped a stitch and almost burned the whole thing out of frustration) I just had to stop working and go to bed.

Third, many blankets are knitted on larger needles. The pattern I used called for US Size 17 needles. While this did make the knitting go faster (larger needles ususally create knitted fabric quicker) I found that I had to use bigger hand and arm movements to accommodate the larger needles. This really tired me out (sometimes my shoulders ached after working on the blanket). Maybe I'm doing something wrong, but I probably looked like (and definitely felt like) I was conducting an orchestra.

Even though it took a while, the finished product is quite attractive. And the pattern is a real testament to how little by little, simple stitches can create a textured motif that looks fancy, but isn't too hard to do. Below are a few pictures of the finished product.

Email ThisBlogThis!Share to TwitterShare to FacebookShare to Pinterest
Labels: blanket